WINNER OF THE TEMPLER MEDAL AND THE WOLFSON HISTORY PRIZE

Richard Vinen's new book is a serious - if often very entertaining - attempt to get to grips with the reality of National Service, an extraordinary institution which now seems as remote as the British Empire itself. With great sympathy and curiosity, Vinen unpicks the myths of the two 'gap years', which all British men who came of age between 1945 and the early 1960s had to fill with National Service. Millions of teenagers were thrown together and under often brutal conditions taught to obey orders and to fight. The luck of the draw might result in two years of boredom in some dilapidated British barracks, but it could also mean being thrown into a dangerous combat mission in a remote part of the world.

By any measure National Service had a huge impact on the nature of British society, and yet it has been remarkably little written about. As the military's needs wound down and Britain ceased to be a great power, National Service came to be seen as just an embarrassment, and its culture of rank and discipline something which many British people were by the 1960s running away from. But without a proper understanding of National Service the story of post-war Britain barely makes sense. Richard Vinen provides that missing book. It will be fascinating to those who endured or even enjoyed their time in uniform, but also to anyone wishing to understand the unique nature of post-war Britain. 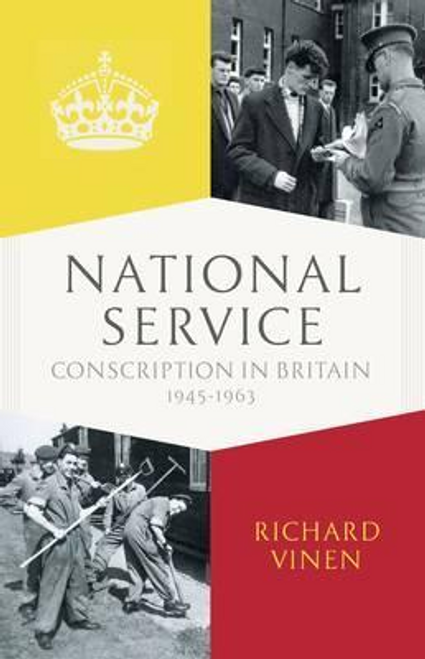