1916. The Somme. With over a million casualties, it was the most brutal battle of World War I.

It is a clash that even now, over 90 years later, remains seared into the national consciousness, conjuring up images of muddy trenches and young lives tragically wasted. Its first day, July 1st 1916 - on which the British suffered 57,470 casualties, including 19,240 dead - is the bloodiest day in the history of the British armed forces to date. On the German side, an officer famously described it as 'the muddy grave of the German field army'. By the end of the battle, the British had learned many lessons in modern warfare while the Germans had suffered irreplaceable losses, ultimately laying the foundations for the Allies' final victory on the Western Front.

Drawing on a wealth of material from the vast Imperial War Museum Sound Archive, Forgotten Voices of the Somme presents an intimate, poignant, sometimes even bleakly funny insight into life on the front line: from the day-to-day struggle of extraordinary circumstances to the white heat of battle and the constant threat of injury or death. Featuring contributions from soldiers of both sides and of differing backgrounds, ranks and roles, many of them previously unpublished, this is the definitive oral history of this unique and terrible conflict. 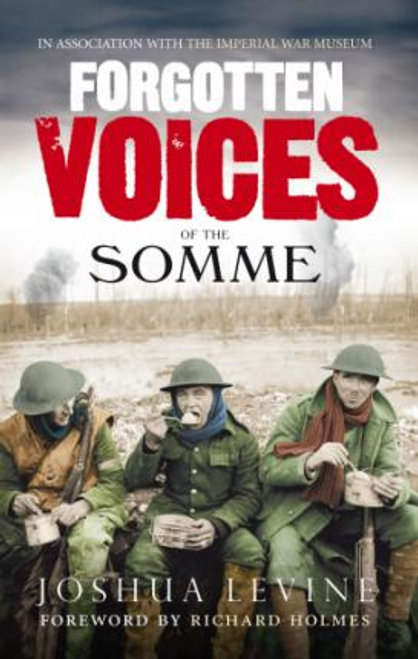