Marina Lewycka explores the clash of the generations in one extremely colourful family in her comic novel Various Pets Alive and Dead.

For twenty years Doro and Marcus lived in a commune, convinced lentils and free love would change the world. They didn't. What they did do was give their children a terror of radicalism, dirt, cooking rotas and poverty. Their daughter Clara wants nothing less conformist than her own, clean bathroom. Their son Serge hides the awkward fact that he's a banker earning loadsamoney. So when Doro and Marcus spring a surprise on their kids - just as the world is rocked in ways they always wished for - the family is forced to confront some thorny truths about themselves . . .

'Made me laugh at least once every chapter. Lewycka's fiction is unlike anything else around at present. The warmth of its zest, its blend of quirky, humane comedy and intellectual seriousness make this a novel to treasure' New Statesman

'Wonderfully funny, inventive and witty. Fizzes along from beginning to end' Daily Express

'Hilarious. Lewycka's trademark humour is present in abundance . . . she is not only witty but astute. A charming, beautifully observed novel' Independent on Sunday

Bestselling author Marina Lewkyca has received great critical acclaim since the publication of her hilarious first novel A Short History of Tractors in Ukrainian in 2005, which was the winner of the Bollinger Everyman Prize for Comic Fiction 2005, winner of the Saga Award for Wit 2005, shortlisted for the Orange Prize for Fiction 2005 and longlisted for the Booker prize 2005. Her other humorous novels Two Caravans (published as Strawberry Fields in the USA and Canada) and We Are All Made of Glue are also available from Penguin. 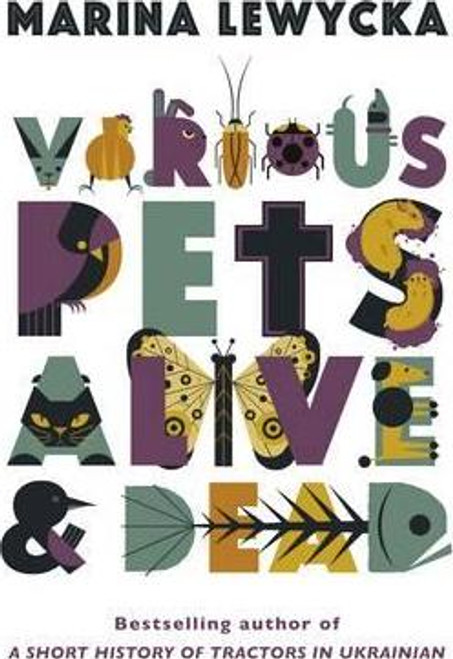