This book was conceived by Jonathan Safran Foer, Dave Eggers, Nicole Krauss, and the staff of McSweeney's as a way to bring over a hundred authors together to promote progressive causes in the November 2004 election. An imagining of what a dictionary might look like about thirty years hence, when the world's problems are solved and our current president is a distant memory, the book is by turns funny, outraged, utopian, and dyspeptic. 100 percent of the proceeds will go to a mix of political organizations to support progressive candidates in the upcoming elections. Over 150 writers contributed to the book, including: Stephen King, Robert Olen Butler, Glen David Gold, Richard Powers, Susan Straight, Sarah Vowell, Billy Collins, C.K. Williams, Colson Whitehead, Donald Antrim, Jonathan Franzen, Edwidge Danticat, Edward Hirsch, Joyce Carol Oates, Katha Pollitt, Padgett Powell, Paul Auster, Anthony Swofford, Julia Alvarez, Susan Choi, Jim Shepard, Aimee Bender, and Art Spiegelman. Released in partnership with Barsuk Records, the book will include a CD compilation, with exclusive songs by the best musicians working. Among them: David Byrne, R.E.M., Death Cab for Cutie, Sleater-Kinney, Flaming Lips, Tom Waits, Bright Eyes, They Might Be Giants, Nada Surf, and the Yeah Yeah Yeahs.

Blowkay [bloh'-kay] adj. of an attitude, typically exhibited by the electorate, that elected officials who have sexual relations outside of marriage while in office are less deserving of impeachment than officials whose decisions lead to the loss of human life. Folks say the new senator from Rhode Island is a skirt chaser, but as long as he doesn't send thousands of Americans off to die in a war on false pretenses he's blowkay with me.
—Ryan Boudinot

Zzzunday [zuhn'-day] n.national holiday occurring once every 28 years, when a Leap Year coincides with a Sunday. Zzzunday is celebrated with 24 hours of uninterrupted sleep, in recognition of an entire generation accumulated sleep deficit. Secondary holidays have grown to immediately precede Zzzunday, including Sleepless Friday, and a Hibernation Saturday of block parties, children sleepovers, and retail promotional sales of bed linens, mattresses, and pillows. Traditionally, insomniacs mark Zzzunday by going out to a Chinese restaurant if they can find one open that day.
—Paul Collins 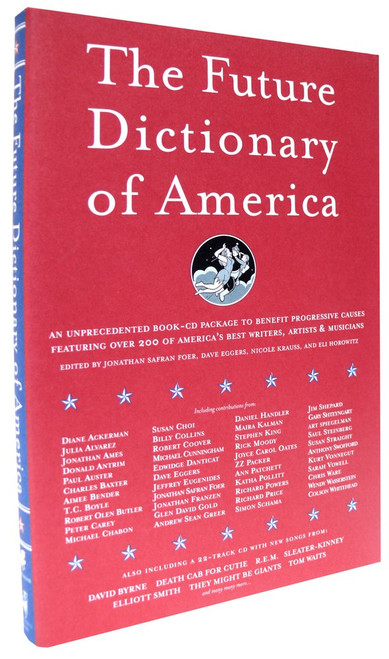