When Souad was seventeen she fell in love. In her village, as in so many others, sex before marriage was considered a grave dishonour to one's family and was punishable by death. This was her crime. Her brother-in-law was given the task of arranging her punishment. One morning while Souad was washing the family's clothes, he crept up on her, poured petrol over her and set her alight. In the eyes of their community he was a hero. An execution for a 'crime of honour' was a respectable duty unlikely to bring about condemnation from others. It certainly would not have provoked calls for his prosecution. More than five thousand cases of such honour killings are reported around the world each year and many more take place that we hear nothing about. Miraculously, Souad survived rescued by the women of her village, who put out the flames and took her to a local hospital. Horrifically burned, and abandoned by her family and community, it was only the intervention of a European ald worker that enabled Souad to receive the care and sanctuary she so desperately needed and to start her life again.
She has now decided to tell her story and uncover the barbarity of honour killings, a practice which continues to this day. Burned Alive is a shocking testimony, a true story of almost unbellevable cruelty. It speaks of amazing courage and fortitude and of one woman's determination to survive. It is also a call to break the taboo of silence that surrounds this most brutal of practices and which ignores the plight of so many other women who are also victims of traditional violence. 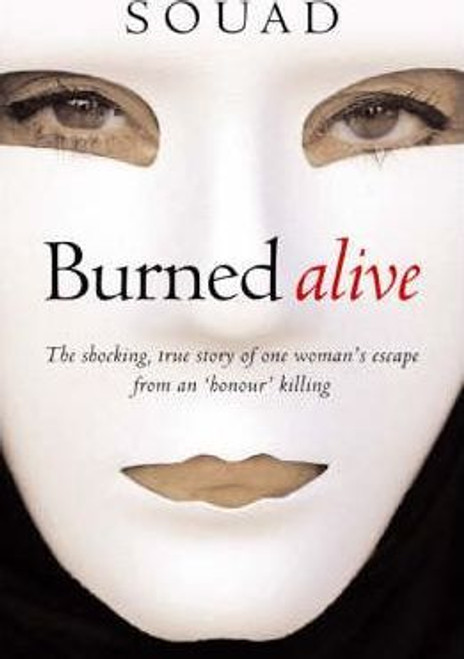