The following news story apparently first appeared in the Las Vegas Sun: 'A circus dwarf, nicknamed Od, died recently when he bounced sideways from a trampoline and was swallowed by a yawning hippopotamus waiting to appear in the next act. More than 1,000 spectators continued to applaud wildly until they realized the tragic mistake.' And yet, of course, Od never existed; which doesn't stop the story appearing every few years as a news item, set in fictional circuses from Manchester to Thailand and Sydney. The hippo-eats-dwarf story is a) bizarre, b) almost certainly fake and c) masquerading as real, which describes a disturbing amount of what we hear and read about in magazines and on the web. Scientific investigator Alex Boese, who has for ten years run the web's biggest myth-busting website www.museumofhoaxes.com, has collected together a wonderfully entertaining anthology of the best urban myths of recent years, from bonsai kittens reared in jars to keep them small to male lactation, and confirms or de-bunks them once and for all. So did Burger King really release a left-handed Whopper, with all of the condiments rotated through 180 degrees? Is dehydrated water available to buy online? Or are they just hippo-eats-dwarf urban myths? 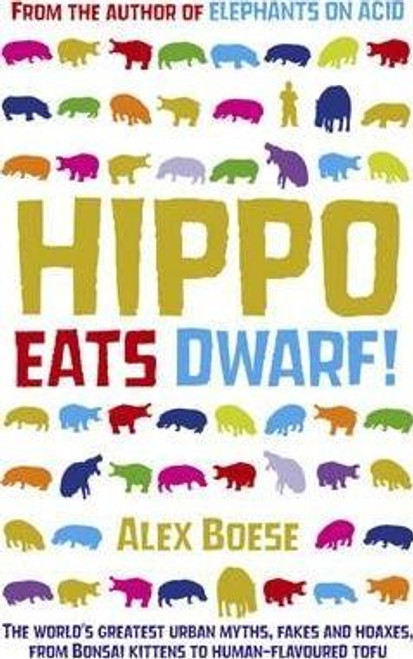