OClery, Conor / The Shoemaker and his Daughter (Hardback)

From Stalin's Soviet Union to Putin's Russia, this sweeping family memoir reveals what life is like for ordinary people in extraordinary times.

The Soviet Union, 1962. Shoemaker Stanislav Suvorov is imprisoned for five years. His crime? Selling his car for a profit, contravening the Kremlin's strict laws of speculation. Laws which, thirty years later, his daughter Zhanna helps to unravel. In the new Russia, yesterday's crime is today's opportunity.

On his release from prison, social shame drives Stanislav to voluntary exile in Siberia, moving his family from a relatively comfortable, continental life in Grozny, the capital of Chechnya, to frigid, farthest-flung Krasnoyarsk. For some, it is the capital of the gulag. For others, it is the chance to start over again.

These are the last days of a Soviet Union in which the Communist Party and KGB desperately cling to power, in which foreigners are unwelcome and travel abroad is restricted, where the queues for bread are daily and debilitating and where expressing views in favour of democracy and human rights can get you imprisoned or sent into exile.

The Shoemaker and His Daughter takes in more than eighty years of Soviet and Russian history through the prism of one family - a family author Conor O'Clery knows well: he is married to Zhanna. It paints a vivid picture of a complex part of the world at a seismic moment in its history: of erratic war and uneasy peace; of blind power and its frequent abuse; of misguided ideologies and stifling bureaucracy; of the slow demise of Communism and the chaotic embrace of capitalism. The Suvorovs witness it all. Both intimate and sweeping in scale, this is a story of ordinary lives battered and shaped by extraordinary times.

'Enthralling, moving, distressing and inspiring, this extraordinary book depicts the mighty movements of world history experienced by a largely non-political family, as the Soviet Union rises then falls. And every word is true.' Peter Hitchens, 'My Book of the Year', Mail on Sunday

'Welcomed by everyone who cares about good writing and human stories.' Richard Lloyd Parry, author of Ghosts of the Tsunami 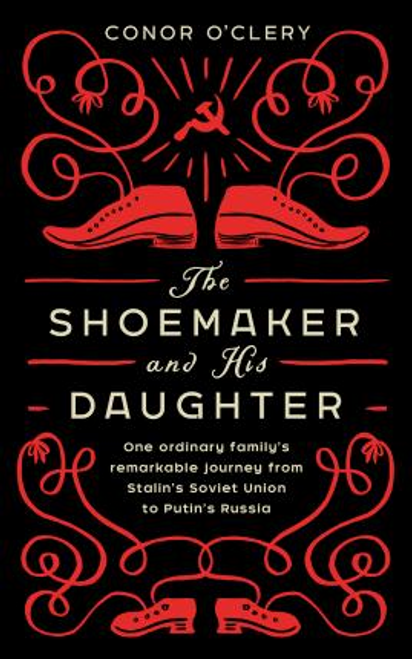 OClery, Conor / The Shoemaker and his Daughter (Hardback)