Just before the start of the 2002 Wales v Scotland match in Cardiff, the stadium announcer asked people to stand and acknowledge Bill McLaren's great contribution to the sport. The whole ground rose, leaving McLaren choking back the tears. Then came a voice in his ear: 'Cue, Bill...'

Coping with his emotions on that day was obviously not straightforward, even for a commentator of Bill McLaren's experience, used to being caught up in some of the most dramatic moments rugby has ever seen. But Bill also talks frankly about the greatest tragedy of his life: the death of his younger daughter from cancer at 46, the three years of agony and the trauma of her final day. Bill wanted to stay at her bedside but she insisted he go and carry out a commentating duty in Edinburgh on the Saturday afternoon. He did so, rushed back to the hospital, but she had died that afternoon while he was on air.

McLaren, himself, had almost died of TB in his youth and he tells of the days and nights when he hid under the sheets in bed at the Scottish hospital where he was kept for 19 months, 'crying myself to sleep each night as they took away my friends who had died that day. I was certain I would be next'. He has excellent memories of his war years and delves deep to recall some harrowing times as a forward observation spotter when he came within inches of being killed by a German sniper. Later, he also remembers leading his men one day into a small northern Italian town where they discovered 1500 corpses piled up in the square. 'That was the day I became a man, rather quickly,' he says. He was 21.

As well reliving the highlights of his illustrious career as a commentator, Bill talks of the game today and his regrets that rugby went professional. He is a fierce critic of what this has led to and fears for the future health and safety of rugby players because he regards the modern game as dangerously physical. His story amounts to a history of the game itself and reaffirms McLaren's status as something of a global treasure. 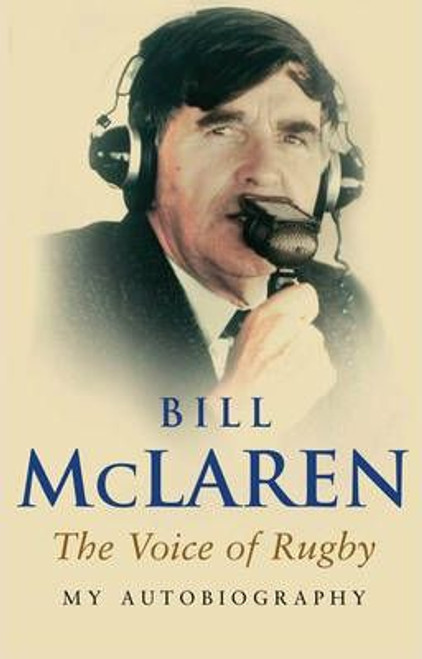